How Much Does It Cost To Develop A Ludo App Like Ludo King?

Ludo has been one of the most popular games for several decades and now it has been introduced to digital platforms. The modern version of the game i.e. Ludo King is rapidly growing on the gaming platform. The application offers various features for the user including multiplayer options with over 6 players. The good thing about Ludo King is that it can be played in offline mode and is compatible with all of the leading platforms like Android, IOS, and Windows. Overall, the gameplay of the digital version is much more exciting than the original due to its numerous configurations and features.

With its growing demands among all age groups, various entrepreneurs and businesses are planning to develop a similar app like Ludo King. Ludo King development emerged as one of the most successful board game development in the last decade. Currently, there are more than 50 million active users of this game and it has witnessed around 330 million downloads in total.  Till 2020, it was listed as the sixth most downloaded game in the world and generated total revenue of $922,000.

Factors To Consider While Developing Ludo App Like Ludo King?

When it’s about developing a virtual game, the first thing that should be considered is the design and interface of the game. If your design does not look appealing and your UI or UX is not user-friendly, then you won’t attract more traffic. A poor interface may affect user engagement while a good interface will give an immersive and exceptional gaming experience to the user. Try to understand the requirements of your user and encourage your ludo game developers to build a unique, yet engaging design.

The design and the feature you are going to include in your must be compatible with the platform chosen by the client. The user will most probably choose either IOS, Android, or Windows. Also, the development cost also depends on the platform you have picked. Likewise, Android usually costs more than other platforms due to its high demand.

Before launching the app, consider taking a trial in order to prevent any bugs or glitches that may appear while playing the game. Every user wishes to experience rich gaming with no bugs. In order to prevent bugs, the developers must test the game app on multiple platforms. This step should not be skipped as it is the most important phase of developing a game application.

It is not easy to depict how much a Ludo Game like Ludo King may cost until you have finalized the developer you will be hiring and the user’s requirements. If you hire professional game developers, then the cost will be higher while hiring a local developer may cost cheaper. Also, there are certain factors that also affect the cost of development including the game design, features, developer, application size, and more. 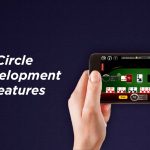 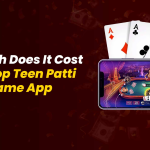